The Pike County School system serves 2200+ students in grades PreK-12. The school system's attendance zone encompasses all of Pike County including students residing in the cities of Goshen, Banks, and Brundidge. School age students residing within the city limits of Troy are zoned for the Troy City Schools.The school system manages five schools; two high schools, two elementary schools, one PreK-8 unit school, the Troy-Pike Regional Center for Technology, and the Center for Advanced Academics and Accelerated Learning (aka CA³L). One elementary school and one high school each is located in Goshen and in Brundidge. The PreK-8 unit school is located in Banks, Alabama. The Troy-Pike Regional Center for Technology is located in Troy, Alabama and serves both county high schools as well as, Charles Henderson High School. The Center for Advanced Academics and Accelerated Learning serves all of the students within Pike County Schools that attend an Academy program. The school system employees 188 professional staff members. Sixty percent (60%) have advanced degrees (Masters and above); eight percent (8%) have advanced degrees above the Masters level. The school system also employs 17 instructional aides, 20 custodial workers, 37 bus drivers, 4 maintenance workers, 2 mechanics, 17 secretarial/bookkeeper workers, 23 child nutrition workers, and five under the category of other. These include three school nurses, a job developer/job coach, and a Community Outreach Specialist.

The mission of Pike County Schools is to provide excellence in education, producing graduates ready for college, careers, and life-long success.

The earliest formal schools in Pike County were established in the city of Troy in the 1830's.  A number of private schools were founded and run by school masters. By the 1850's, more permanent buildings housed basic education.

An official county school system was established with the 1854 Alabama Bill which provided for public education, but appropriations were small for some time after the Civil War.  Consequently, Pike County continued with one-teacher schools and private academies through the 1870's, most of which were church-affiliated.  Education for the masses was simply not available until early in the 20th century.

From 1880 until 1890, five-month school terms were the normal period of attendance in Pike County.  Some 65 one-teacher schools were operating, each under the control of three trustees elected by the patrons.  The trustees handled all of the business of the school, and sent monthly reports to the County Superintendent of Education who disbursed the available state and county funds.  A "principal teacher," often working with no additional remuneration, was also appointed for every school.

Abijah Haley served the year of 1885 as Superintendent, and managed to consolidate some fourteen schools in Troy into two white and two Negro institutions.  The State Normal School of Troy was founded in 1887, and the city of Troy established a separate school system in 1888.

The Alabama Constitution of 1901 provided a state-wide tax to be allocated to pay teacher salaries.  Pike County teachers received $350.00 for a five-month term.  A Constitutional Amendment in 1915 allowed counties to levy additional school taxes, and a six-month school term was established.

By 1917 there were 68 separate schools in the Pike County system, none with more than two teachers.  In spite of stiff opposition to the consolidation of rural schools, the first consolidate institution was finally erected in 1919 at Shiloh.

The 1927 Equalization Fund established county-wide high school systems throughout Alabama and mandated a minimum term of seven months for elementary schools and nine months for secondary schools.  By 1931, eleven Pike County schools were consolidated.  At that time there were two accredited high schools in the system - Goshen and Pike County High - both for white students.  There were 35 other exclusively white schools and 39 Negro schools.  A 1947 progress report indicated three county districts with a school term of nine months, and teacher salaries which ranged from $130 to $235 per month.

The Henderson Education Association, established by the estate-in-trust of Charles Henderson, a former governor of Alabama and a Pike County native, had a profound effect on educational progress in Pike County. Pike County school buildings constructed with thee funds include:  Spring Hill (1957), the Pike County High School gymnasium (1964) and Junior Building (1967), Goshen High School (1961), the Pike County High addition (1963), the Goshen High School addition (1964), and a building at Banks (1974) for which approximately two-thirds of the funds were provided by the trust. The Troy-Pike Vocational School (later renamed Troy-Pike Regional Center for Technology), was also partially constructed with a small percentage deriving from Henderson funds.  Without these funds, the school system would not have been able to provide the revenue needed to construct direly needed buildings for its student clientele due to low levels of local tax support.

The governance and administration of the Pike County Schools has been under a system of elected board members and a currently appointed superintendent of education.  The board of education was originally comprised of five members elected at-large from the county as a whole.  The first black member of the board was Mr. Moses Davenport from Brundidge who was appointed in 1984 to replace Mr. Jim Medley who resigned when he moved out of state.  There have been numerous long-term board members who have served 16 years or more, including Mr. Wilson D. Folmar from Goshen, Mrs. Mary Alyce Sanders of Goshen, Mrs. Linda Steed of Brundidge, and Mr. Knox Ryals of Brundidge, to list a few.

There have been 17 superintendents, to date, and one interim.  The superintendency has fluctuated several times over the years from being appointed, the original selection method, to direct popular vote. The current method of selection is appointed.  The last time that the method of selection was changed from appointed to elected was in 1974. In 2004, the method was changed back to appointed at the request of the local board and by action of the Alabama Legislature. 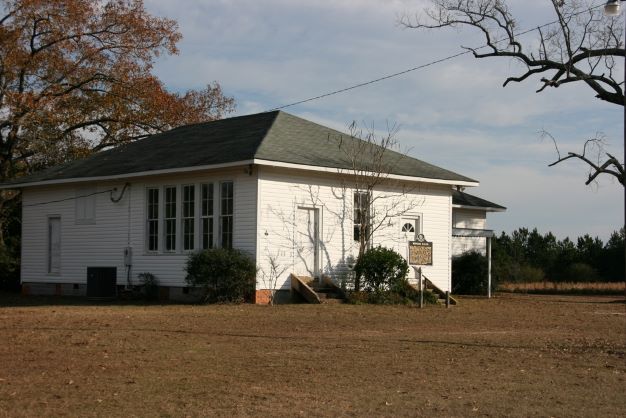 The Pike County School board welcomes any information concerning its history. The list provided is clearly incomplete. Please feel free to submit any new information or corrections to the information above by e-mailing Dr. Mark Bazzell or calling the office of the superintendent at 334.566.1850.